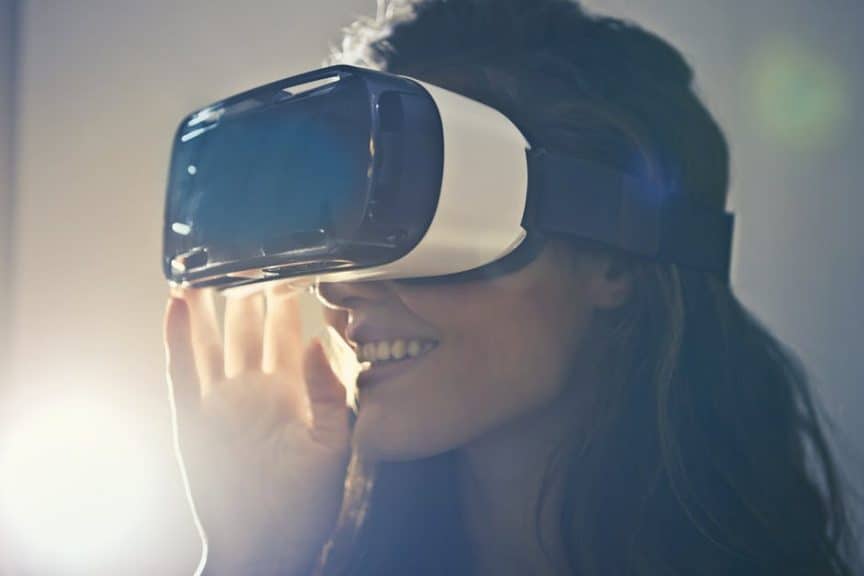 Virtual reality is an emerging technology and is now currently in its early stages. However, virtual reality is already here, and it is actually becoming a part of daily life. The latest VR films that will soon hit Hong Kong by storm are all from France. Digital November is an event that celebrates French culture through VR films from the 26th of October to the 4th of December.

In fact, along with a series of events that are geared towards French technology and production, the Consulate General of France in Hong Kong and Macau has coordinated with local partners has organized the Digital November. The various locations for the Digital November this year will include the Hong Kong University of Science and Technology, the Hong  Kong Arts Center, the Hong Kong City Hall, and the Future Cinema Studio at the Creative Media Center.

What is Digital November?

The so-called Digital November is actually only a part of the worldwide campaign that celebrates French digital culture and introduces it to the world. Digital November is originally known globally as “November Numerique,” and it was a global event that promotes French artistic creation internationally. It is a movement pioneered by the Institut Francais Paris. In 2017 alone, there were 26 countries around the world that took part in this worldwide event. In Hong Kong, there were even nine different educational and cultural events that occurred one after the other.

The Digital November, or the Novembre Numerique, held annually in many parts of the world in November, seeks to introduce French digital culture and the latest in French technology in all its many different forms.

Apart from the introduction of French digital culture to the world, the Digital November is sponsored by the Consulate General of France in Hong Kong and Macau in order to introduce culture, education and the principles of science and technology to the people of Hong Kong.

For the second year in Hong Kong, the Digital November will feature a host of artistic performances and exhibitions as well as virtual reality cinema. There will also be hackathon as well as French photography applications throughout the month of November.

Specifically, the VR industry is slowly emerging as a key market not just for the French cinema industry but worldwide. In Hong Kong, the people are not yet fully aware of the magic and wonder that the VR technology brings. Thus, the VR market in this country is basically small and limited.

This is the reason why the ones in charge of the Digital November thought of bringing the event to Hong Kong. Through this, the public will become well-informed about the new creative ways that French cinema has employed. They will become aware of the novel ways of telling a story through the movies.  The immersive virtual reality theatre performances will creatively combine live performance with virtual reality. The French production company Gengiskhan will bring the beauty of VR production and culture to Hong Kong.

The VR film that will be featured first in the Digital November in Hong Kong will be set in a prison hospital in the more advanced future. The viewers will have their VR headsets on and will, therefore, share the perspective of the life of this prisoner who will trade both his eyes in exchange for freedom.

In The Cliffs of V, you will experience the beginning of the film in a waiting room of a particular medical center. In this virtual reality film, you will be in the skin of the character who is destined to give his eyes. The people you encounter will be a little scary, but the whole process will be a surprise. Thus, the staff cannot give much information about it. At the end of the film, the actors will become visible again.

The actors who will appear in the film will naturally interact with the watchers in person. This will happen during the performance itself so the lines between what is real and what is virtual will be broken. This is to show the audience that VR is a space and not an image. You as the spectator will experience living in the space that virtual reality has built for him.

Difference From Your Traditional Film

Unlike a traditional movie, the VR movie has no frames. Thus, you have to be the one to guide the spectator’s attention and sight. If you want to focus on someone in the traditional film, you can get to your focus closer. However, this is not possible with virtual reality.

There are also no shortcuts and frames in virtual reality. Thus, a traditional movie director cannot handle this. Line Brucena, the producer of the VR film The Cliffs of V, had a background of VR from the video gaming industry.

Brucena approached the stage director Laurent Bazin, a stage director who will be the one to work with him in creating a live performance infused with the VR film. The idea is to make the story create greater impact by combining the awesome VR environment with live actors.

The people in charge of the Digital November will give the general public the opportunity to show the best VR French films in Hong Kong. These films have been selected from entries to a number of major international film festivals. Moreover, their VR versions will be premiering in Hong Kong.

From November 17 to 18, The Cliffs of V will be shown at the Eric Hotung Studio. This is located at the Hong Kong Arts Center. There will also be purely VR films that are considered award-winning. These include Alteration by Jerome Blanquet; I Saw the Future by Francois Vautier and Arnaud Colinart’s Notes on Blindness: Into Darkness.

The Digital November activity in Hong Kong includes the French Tech Tour China 2018. This is a French-sponsored immersion program that includes innovative French companies. The activity also includes the Hackathon on Corporate Social Responsibility, which is a competition for innovation. This is held at the Hong Kong University of Science and Technology. There is also an e-learning workshop, which is about teaching the French language as well as digital photography.