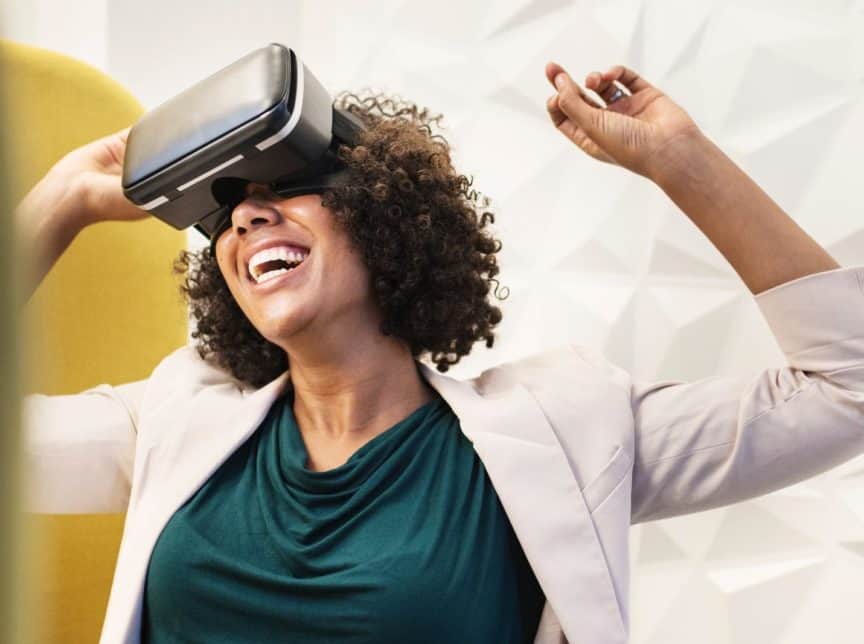 Technology upped its game, as researchers discovered a new tool to create realistic visual textures in virtual reality. These textures can significantly help designers in creating better graphics for video games, animation, and more. Although there are still future improvements you should watch out for in VR, realistic textures are probably one of the most significant and most significant breakthroughs.

We don’t know yet how much scientists have discovered, but we know VR is up for a fresh new start. Here’s what you should know about the upcoming realistic texture in VR.

Out with The Old and with The New

VR is new in itself, but it already experienced many successful milestones. Next on its list of achievements is providing better and realistic textures to many VR users and developers. For several years, many designers challenged themselves to produce content in the VR world, mimicking what real life has to offer. It’s been a pretty tricky task for developers and designers alike, especially when it comes to creating real life like graphics for water ripples, leave patterns and more.

There are too many textures to replicate from the real world and into the VR world. Importing these textures in VR is essential because it unleashes a lot of potential uses. Thankfully, researchers have scratched the surface and can discover a way to bring an entirely new experience to VR.

One of the most significant breakthrough to date for the VR world is the Generative Adversarial Networks (GANs). A computer developed the GAN as a unique AI based technique, which can train a network to expand small textures into a larger one. This AI technique will be able to mimic the small sample textures into a larger and almost similar surface. So far, GAN can produce realistic designs in high-resolution at a very efficient and much larger scale.

Scientists and researchers have yet to learn more from GAN, but to date, it is the only breakthrough technology which can start mimicking real-life textures to the VR world. The goal is to generate a substantial surface which can capture the visual characteristics of the object. Although you can’t expect a 100% similarity, you can expect a nearly identical and realistic appearance.

The Future of GAN for the VR world

Is the world ready for this new AI? It is. The founding research team of GAN is set to showcase the AI, alongside discoveries. Hopefully, this breakthrough peaks the interest of many professionals, academics, and creative minds. Without a doubt, the founding research team will be able to find new people to collaborate with in improving the technology.

You can expect a lot of improvements in VR, as a result of this breakthrough discovery. Fields such as medicine, architecture, and design, can significantly improve. Better textures mean more opportunities to discover better solutions for various areas.

In the field of architecture alone, realistic textures can help save a lot of costs. Architectures can present better models of their projects, through VR systems. Most importantly, they can go through a lot of safety and design measures before the implementation of the plan.

Another benefit of realistic textures is in the field of medicines. Many doctors, scientists, and researchers can study the human body better, and provide better solutions to some sicknesses or diseases for example. Many medical students also use VR technology to understand the field better, and having a real like VR model helps them appreciate their study better.

For now, we can all appreciate what VR already has and anticipate what’s yet to come. GAN is set to assist many artists in video game design, virtual reality, and animation, and many more. Once the potential of the platform has been discovered, you can expect that it will be a lot easier to generate small-scale textures into larger ones automatically.

In the future yet to come, researchers hope that the system will be able to extract high-level information of textures in an unsupervised fashion. Expect more developments to reach for the VR technology. But so far, look forward to the realistic textures that are set to come out in the market very soon.