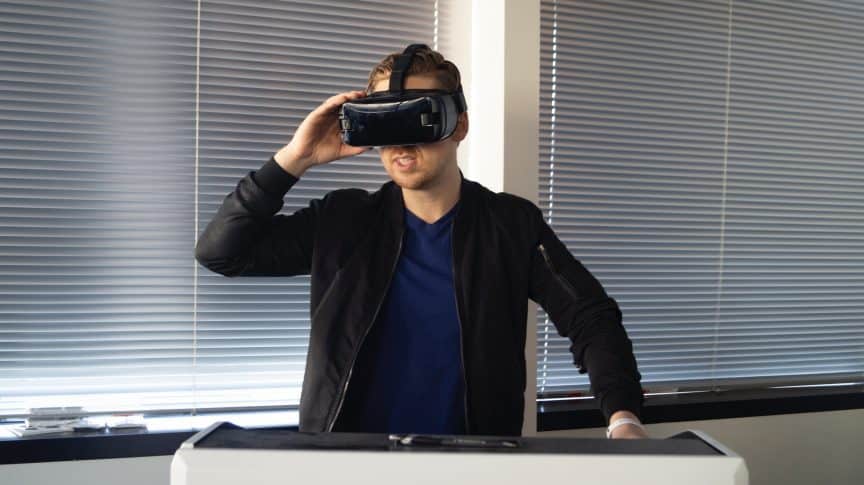 People go to Hong Kong for many things: DisneyLand, the cold weather, affordable clothes. You name it.

We’re talking about excellent virtual gaming experience, not just the typical adventures you’ll often find on YouTube. These five virtual reality venues offer the best VR experience any HongKonger will surely love. They have VR-centric party rooms that are perfect for people who are looking for an avenue to escape reality.

Maybe you wish you were sky falling. Perhaps, you wanted it to be summertime instead of winter. Read on and learn how the best places to experience virtual reality in Hong Kong.

This VR venue lives up to its name. It’s indeed an excellent place for VR lovers. You’ll find three private rooms and one shared space. Each of these rooms is filled with the hottest technology when it comes to VR gaming such as VR motion chair, VR treadmill, and HTC Vive.

That’s not all. You will also have about 100 VR games to choose from. You’ll never run out of new VR games to play with. You’re spoiled for game choices.

If you are a little low on cash, Awesome VR is one of the places you can go to have some VR fun without having to break the bank.

You’ll find this VR arcade haven in the heart Causeway Bay. The place has lots of things in store for you such as latest technology Razer Computer, Vive VR Goggles, as well as VR technology that’s not available in the market.

There’s an infinite set of VR games to choose from. If you want puzzles, mind games, or anything zombie-related, you can bet that Playdium Virtual Reality has them all. Dance Dance Revolution and Star Wars are among the most popular games of all time.

They even have therapeutic applications, as well as painting and a miniature boxing ring. It’s genuinely a sweet place to kill time or have some fun with the squad. If you’re a fan of electronic sports, don’t miss out on a chance to experience them in a whole new level.

If you love zombie VR games, you need to add Sandbox VR to your game bucket list because it takes the zombie playing into a whole new level.

You’re trapped in an abandoned mansion. Your job, of course, is to find a way out, as well as fight the disease-ridden zombies that infiltrate this mansion.

Sandbox VR is said to be world’s first ‘hyper-reality’ escape room game. Grab your squad and have the entire green room all to yourselves for one whole hour.

If your idea a fun weekend getaway is kicking zombie butt, the Sandbox VR is for you.  Right after the game, have fun watching footages of yourselves going wild and fighting zombies in an abandoned mansion.

You can expect lots of screaming playing this VR game. If you’re dying to have some immersive VR zombie experience, you’ll get what you wish for only $288 per person.

Hong Kong is known for its spacious VR rooms, but in V-Owl Station VR Party have larger spaces. Aside from that, the place also boasts its comfortable sofas and padded walls.

Of course, this VR venue won’t be complete without the dozens of favorite VR games V-Owl Station VR Party is known for.

Sure, the place is split into two areas, but you can rent both zones so you and the whole squad can have the best time. By equipping both zones, you can have a four-player epic VR game.

Another great thing about VR games V-Owl Station VR Party is the 4D VR-motion chairs which stimulate movement so authentically you’ll forget you were just in a VR room. It will feel like the actual thing. Aren’t you excited to strap in for an awesome ride? Prices start at $150 per 30 minutes.

If you want a fully immersive experience, VR Arena is the place to go. This place boasts the Virtuix Omni, which is an omnidirectional gaming treadmill. It lets you walk in any direction making it feel like you are the character in the game. The goal of the Virtuix Omni is to provide full immersion with the VR games.

There’s a shorter selection of no more than 19 games. They usually vary from zombie infested games to shootouts.

Most VR games transport people to a new world which they can interact with through controllers. In VR Arena, however, they can move around as if they are physically taken into this different reality. In other words, there are no spatial limitations.

If you are tired of your same old routine, you need to indulge in the new worlds VR Arena can take you. It’s only $160/60 mins per person.

Hong Kong has a pretty small space. You might think you’ve explored Hong Kong as well as you possibly could, but no matter how often you visit Hong Kong, there is always some new VR stuff added for your experience and enjoyment.

Most VR activities in Hong Kong are weird and quirky, but these two characteristics are precisely what makes the place so fun for hangouts and weekend getaways. All the fun VR games bring makes real life look plain. Take note. VR Games aren’t just for people looking for some fun things to do. If you are a company that needs to bring the team together, VR games are great ways to fire up the spirits of your employees.